The first meeting of the Breakthrough Basildon Borough Commission was an overriding success. We arranged for the Panel members to tour the Borough, visiting each of the 5 towns to show the difference in affluence and deprivation. There was a networking lunch at the Wat Tyler Country park before the meeting took place. The Panel were very engaged and they were able to gain a better understanding of inclusive growth thanks to our expert witnesses from Metro Dynamics and CAFOD. The panel discussed data they would like to see for the next Theme meeting and concluded that although inclusive growth is multi-dimensional, it needs to be narrowed down. The Panel will be meeting some residents of Basildon in the next couple of weeks before the next Theme meeting: ‘Place – What makes a place?’ For further information please contact: info@breakthrough-basildon-borough.co.uk 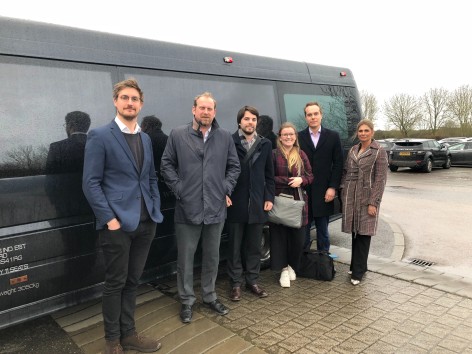 The second theme meeting of the Breakthrough Basildon Borough Commission was held in the Eastgate Shopping Centre in the town centre. The meeting took place in the Basildon Information Hub which shows Basildon Council’s town centre regeneration plans – a perfect venue suited to the theme of the meeting. Katy Lock from the TCPA attended to offer her insights into New Towns and Garden Cities. Christopher Ian Smith also attended and he produced and directed the upcoming documentary film about Basildon New Town called ‘New Town Utopia’. The panel discussed how culture and leisure were crucial to happiness in any town or city and they questioned whether a renewal of the ‘New Town Promise’ is needed to better enable inclusive growth.

The third meeting of the Breakthrough Basildon Borough Commission was held in the Ford Dunton Technical Centre. This vital economic hub of the Borough was the ideal location to hold this meeting which was all about the local economy. The panel heard from a number of expert witnesses; David Barnes (Chairman of Basildon Business Group) spoke about the role of businesses in shaping the Borough to contribute to inclusive growth, whilst Russell Bloomfield (Relationship Director at Barclays) spoke about some of the issues/challenges reported by his local clients.

The panel also heard from a manager at Ford, Steve Miles, who spoke about the role of Ford in the Borough and how it recruits its employees to Dunton. Finally, Gunilla Edwards (Economic Development Manager at Basildon Council) spoke about economic growth in Basildon both current and forecasted, and Patrick White (Chairman of Pathways to Success Panel) spoke about some of the recommendations ‘Pathways to Success’ had come up with so far.

The Panel learned a lot about the local economy and will use the recommendations from this meeting in their final report to the Council. 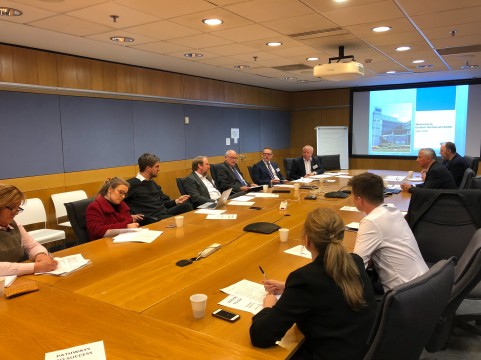 This meeting was all about people in the Basildon Borough. Two representatives from Grant Thornton attended to discuss the Vibrant Economy Index which they produced. They went through the results for Basildon and it was very useful for the panel to have this in front of them. The panel noticed the challenges for the East of England and they recommended that Grant Thornton look at other factors including culture and political stability. The panel concluded that the categories/baskets named ‘Dynamism and Opportunity’ and ‘Inclusion and Equality’ were the most important because these will greatly affect the ‘Community Trust and Belonging’ category. Please see the Grant Thornton Vibrant Economy Index for further information regarding the different categories/baskets.

The panel then looked ahead to the next theme meeting which is all about the Politics and Governance in the Basildon Borough. They also spoke about the format of the stakeholder workshop which will take place on the same date.

This meeting was all about the Politics and Governance of the Basildon Borough. The panel spoke about the obstacles and opportunities available and how the current political climate in Basildon will affect their recommendations. They thought about what good governance would look like, but they also discussed the somewhat fluid governance landscape within which Basildon currently finds itself.

The panel heard from the Chief Executive of Basildon Council (Scott Logan) and the Head of Localities at Essex County Council (Daphne White).

This final theme meeting gave the panel the opportunity to pull together everything which has been discussed over the last six months to draft a report which will be launched and presented back to Basildon Council by the end of the year.