The Picture So Far

The following statistics are taken directly from Basildon Borough Council’s Corporate Plan. Set against the Corporate Plan’s ‘promises’ (1) they give an overall picture of the Borough that reveals: 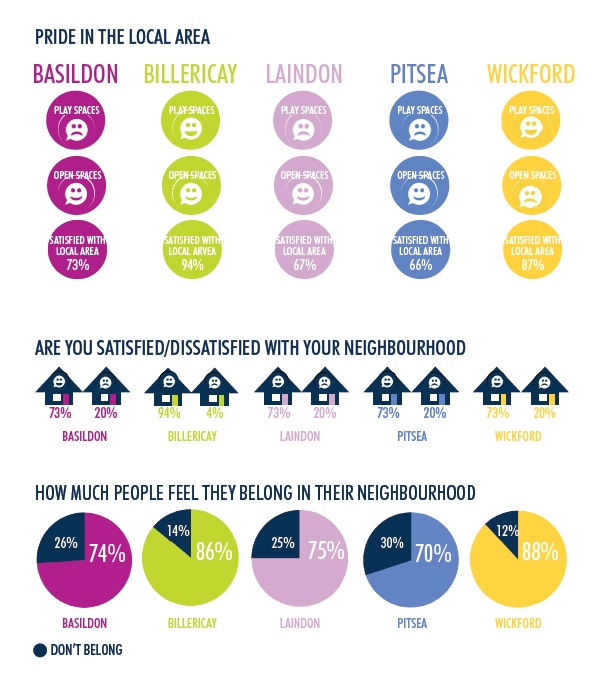 With a shift towards renting as opposed to homeownership nationally, the Basildon Borough appears to be particularly divided between North and South. This ‘North and South divide’ can further be seen in terms of crime, in which Basildon New Town experiences over four times as much crime as Billericay, despite having a similar size population. This is in-keeping with a recent statistic that the Basildon Borough is the 6th most unequal city in the UK (3).

At present, there are more jobs than people in the Basildon Borough. However, many businesses note the difficulties of recruiting locally and sourcing local labour that meets their needs, which often results in hiring outside of the Borough (4). This has so far resulted in over 40% of the Basildon Borough commuting outside the Borough every day (5).

It is important to note that this is just a snapshot of the Basildon Borough. Throughout the Commission, the ‘Breakthrough Basildon Borough’ Commission will be looking into key themes in more depth, in order to provide recommendations that can allow the Borough to further work towards inclusive growth.